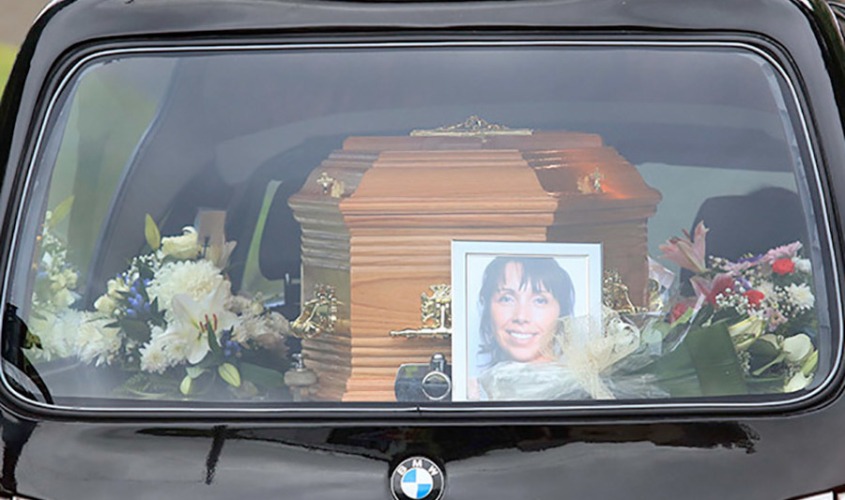 We may think that everything that needs to be said has been said about Alan Hawe’s decision to murder Clodagh Hawe (née Coll) and their beautiful children. But it hasn’t. We have to keep the conversation going and we have to have it in a way that includes everyone in this country.

We have to take this terrible pain and do something good with it. We have to do the things that we know we can do to reduce the chances of this happening again and we have to do those things now. It is tough stuff, but in Ireland we know through how we faced and dismantled the institutionalised abuse of children that we find the best of ourselves when we are brave enough to examine the worst of ourselves.

Ireland can become the safest country in the world for women and children. We need leadership to achieve this and that leadership can no longer come only from inside the domestic violence sector. Ireland’s women and children need its entire people to change our culture. They need us to educate ourselves on the common phenomenon that is the abuse of women and children and to then use our spheres of influence – our family, friends and work networks – to share what we’ve learned.

I had a conversation with a man today; we talked about the murders but he found it difficult. He had lost three children and his grief was apparent. He could not comprehend how Alan Hawe could murder his entire family, particularly the children.

He said “these people must snap”, but as we talked I understood that he knew the edges that you step up to as you experience pain; that he was talking about the edge before you snap.

We can’t explain these murders, or domestic abuse and violence by just saying someone “snapped”; there is much written elsewhere about this. But I do believe that all of us need to understand the edges.

At the edge we meet ourselves, our attitudes and our belief systems. If our belief system tells us we own our partner and children, have rights over them and they cannot live without us, what might we consider as we stand at the edge?

Psychiatrist and author James Gilligan (NYU) draws on 25 years of work in the US prison system to describe the motivation and causes behind violent behavior in our society. When asked what leads to violence against women he talks about his time as head psychiatrist in San Francisco prisons where more than half the inmates were there for domestic violence.

He is talking about the inevitability of violence to enforce an unequal societal structure.

We need to have a conversation about what our country will look like when we have eradicated this belief system that creates the control, dominance and ownership of women and children.

The public conversation was largely that Alan Hawe’s murders were an aberration, a tragic, isolated event involving a pillar of the community patriarch.

As the national domestic violence organization SAFE Ireland, many of our 40 member services around the country had a different reaction to the Hawe murders. These services have a collective 40 years of experience of domestic violence in Ireland – we have to start listening to them.

There was much made last week of a spike in calls to Women’s Aid helpline service, which takes 9,000 calls a year. But we have to talk about the rest of the year and the rest of the country and the 50,000 calls a year to our services, every day, every night, and the women and children who arrive at their doors for refuge. We have to keep talking about Clodagh because it could happen to other women without our intervention.

We have to talk about the allocation of resources to do what we know we can do to prevent the abuse and the death. When we have a gangland killing in this country we deploy additional gardaí. Not so when women and children are killed and many thousands more threatened every day in their homes. – one in three women experiences psychological violence, one in four experiences physical and sexual violence from a partner or non-partner. That speaks to about 580,000 women who have experienced psychological abuse and 440,000 women who have experienced physical and sexual violence. We should be appalled by this; we should be taking clear action.

We can prevent these murders. We can open the doors of our refuges and let people in when they call, instead of turning them away due to a lack of resources.

We can learn to trust women when they say that they are afraid.

We can trust ourselves to know and say what is wrong and then not to have our heads turned away by calls for objectivity, for avoiding a rush to judgment, for that absolute and understandable urge in us to find insanity rather than brutality.

Over 4,000 domestic violence victims a year being ignored in housing crisis