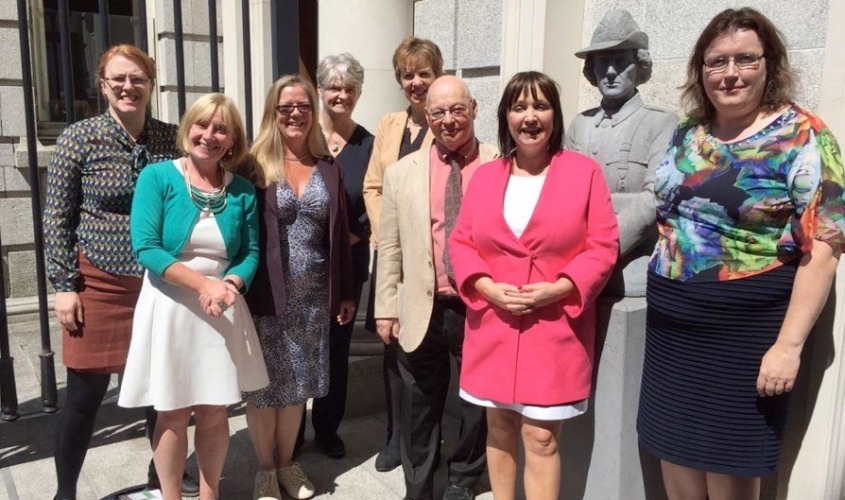 SAFE Ireland invited two International experts on domestic violence and coercive control, Professor Evan Stark and Davina James-Hanman to Ireland this past month to deliver training to professionals who have a role in responding to women and children experiencing domestic violence. 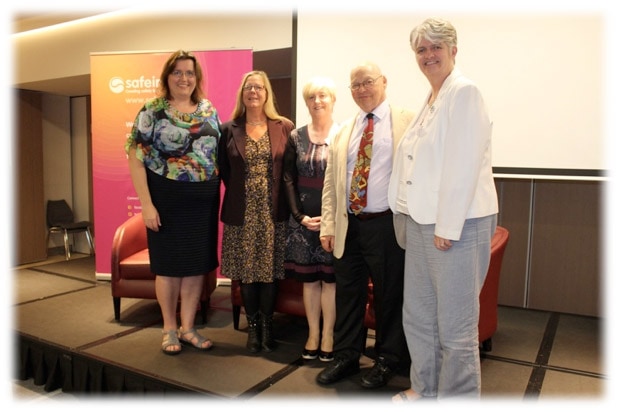 Professor Evan Stark  is a sociologist, forensic social worker, award-winning researcher and the leading global expert on coercive control in the context of domestic violence and abuse. He has advised the English, Welsh and Scottish Governments on their coercive control laws. Davina James-Hanman is an independent Violence Against Women Consultant. She has worked in the field of violence against women for over three decades in a variety of capacities. She has published innumerable articles and three book chapters and advised a number of Government Departments in the UK on domestic violence policy.

Over the course of their three day visit to Ireland, Davina and Evan delivered a Masterclass for Lawyers in the Law Society and a Seminar in Croke Park on: Understanding Coercive Control. They also held a series of briefings and meeting with members of the Oireachtas, Tusla, Cosc, the Victims of Crime Office, the Court Services and An Garda Síochána with the aim of deepening the understanding of coercive control and its effect and impact on victims of domestic violence in Ireland. 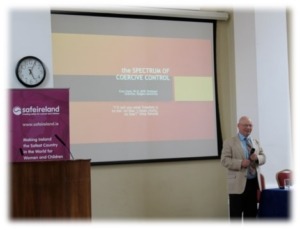 Prof. Evan Stark delivering the Masterclass in the Law Society

On Monday, 10th of July SAFE Ireland were delighted to collaborate with Gallagher Shatter Solicitors to deliver a Masterclass for Lawyers on: Understanding Coercive Control with Professor Evan Stark in Law Society, Blackhall Place, Dublin. The Masterclass was a great professional development opportunity for law practitioners in the challenging areas of human rights, family law, criminal law, and child protection relating to domestic violence. Professor Stark spoke to those in attendance about the importance of recognising the spectrum of coercive control and its impact on victims of domestic violence. 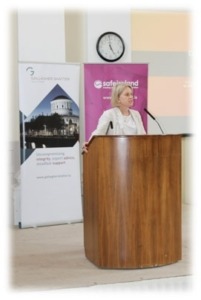 On Tuesday, 11th of July, SAFE Ireland held a full-day Seminar in Croke Park on: Understanding Coercive Control to over 170 delegates from a wide range of professionals and volunteers working with victims and/or offenders  of domestic violence. In attendance were survivors of violence, staff and volunteers from Domestic Violence Services,  members of An Garda Síochána, staff from Probations Services, Perpetrator Programmes,  Tusla, HSE, legal professionals, feminist campaigners and social and health care professionals from state and NGO service providers and advocacy organisations.

Professor Stark informed the delegates that coercive control is a pattern of sustained emotional and psychological abuse of a partner which seeks to deprive women of their liberty and freedom. He argued that it is this denial of a woman’s right to liberty and freedom which makes domestic violence not only a violation of a woman’s bodily integrity but also her human rights.

He warned the Irish Government that if coercive control was not legislated for in this country, it would be in breach of the Istanbul Convention. He urged those in attendance to delve a little deeper when working with domestic violence, to ask questions and to shift their approach from asking why doesn’t she leave? to what are the mechanisms he is using to make her stay? 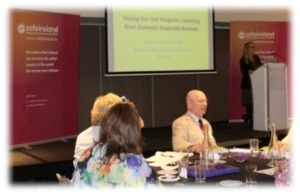 In describing the impact coercive control has on women, SAFE Ireland’s Programme & Communications Manager, Caitríona Gleeson said: When we meet women, their worlds are becoming smaller and smaller because the abusive partner is restricting their access to resources, to friends, to movements and timings. Domestic violence she said is made up of a whole range of behaviours, which also include physical abuse and sexual abuse and sexual coercion but it’s much greater than just physical violence and sexual violence which often people understand domestic violence just to be. 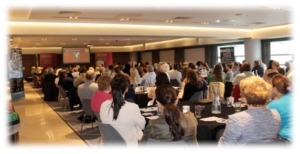 Delegates at the Seminar on: Understanding Coercive Control in Croke Park on July 11th

She outlined to the audience that reports from different agencies could be combined to find out where incidents had not been flagged up as domestic violence even though the victim was killed by a partner. This was, she said, a way Gardai, social workers and lawmakers could bring about change. 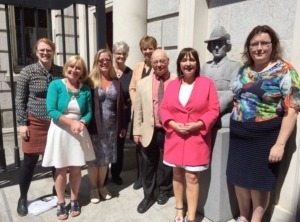 This visit comes at a highly critical time as SAFE Ireland is working towards getting  a specific offence of coercive control to be included in the Domestic Violence Bill 2017. SAFE Ireland were delighted to have the opportunity to meet with Members of the Oireachtas to discuss creating an offence of coercive control in Irish law and for Professor Stark and Ms. James-Hanman to share their learning from the English, Welsh and Scottish experience.

Some media coverage of the visit:

SAFE Ireland acknowledges the support of the Scheme to Support National Organisations 2016-2019 and the Department of Housing, Planning, Community and Local Government, Tusla, Victims of Crime Funding and the Community Foundation for Ireland in resourcing its ongoing work.