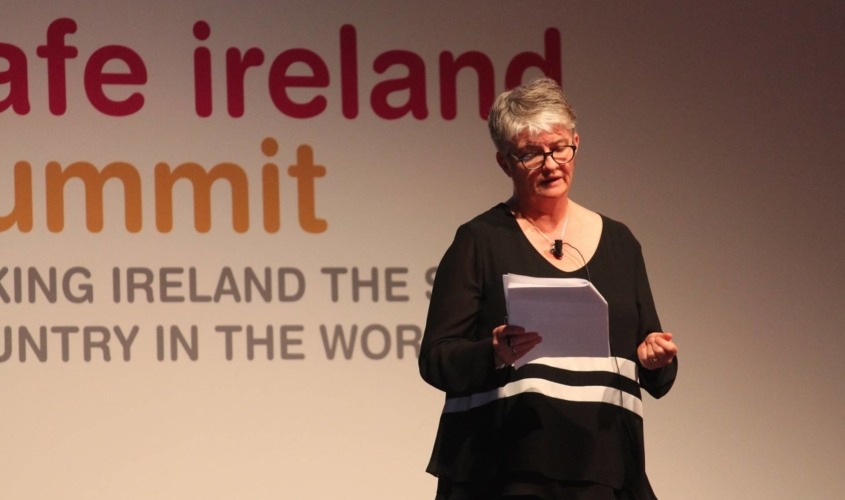 Just this month, a man in Mayo killed his wife and attempted to kill his son.

The reports of Kitty Fitzgerald’s violent death in her home focussed on the assurance that, “…no third party was involved in the horrific deaths of an elderly couple and the serious assault on their son.” It was important that the community knew that there was no outside involvement, because that was what we wanted them to focus their concern on.

A couple of months ago, in Cavan, a man killed his wife and his three children. Our newspapers were full of our questions: “Why did he do it?”; “How could he kill those poor boys?” We heard what an honourable man the murderer was: “a valuable member of the community”.

Days passed and our reports were so focused on Alan Hawe and the children he killed, that it wasn’t until Linnea Dunne wrote Rest in Peace, Invisible Woman – an article that was republished internationally and created #HerNameWasClodagh – that we talked or thought about Clodagh.

Only a year ago, Siobhan Phillips and Garda Tony Golden were shot by her partner when they returned to her house to pack her bag so she could leave his violence. Siobhan almost died. Tony Golden did die and on the day of his funeral, Tony was described as being killed while doing “a bread and butter type call” – the type of calls that police members attend to every day, every Sunday.

We don’t talk about problems in the home

We have side-stepped, dodged and ducked taking on the last institution in Irish society. The home. Until we do, we will not take on domestic violence. We will continue to focus on the fabrication of danger to women from outside the home rather than accepting that the real danger is from within.

Of the recent solved murders of Irish women, more than half of the women were murdered by their husband, partner or ex-partner. So in reality, the Mayo community should not have been reassured that no third party was involved in Kitty Fitzgerald’s death a few weeks ago. They have a much more real need to be reassured about the threats inside their homes and relationships.

We need to listen to women

But if the walls could speak, would we listen to these women? And could we re-tell those truths in another way. What Linnea Dunne described as the patriarchal narrative ran through the entire Cavan story, “from the act itself, to the reporting of it…” She said, “…we need to allow ourselves to see it, if we are to find a way to prevent similar events from happening again.”

I have the privilege of listening to those walls when they speak. In my work with SAFE Ireland and the domestic violence services across our country that we collaborate with, we take these truths and look at the unassailable facts in them so that we can help women find safety and move towards eradicating domestic violence.

We have to find a new way of talking about the home and of replacing the old narratives that maintain domestic violence. In our recent past we addressed our shame and we engaged in a process of truth and reconciliation with those women and babies buried in unmarked graves after years of suffering and abuse in Magdalene Laundries and Mother and Baby Homes.

There was a time when our culture condoned this gender apartheid, this denial of children’s rights as human rights. We now know it as abhorrent to all that is good in Irish people. And I think that when we engaged in this process, when we dared to look at the worst of ourselves, we found the best in ourselves.

Why we need to keep talking about Clodagh Hawe