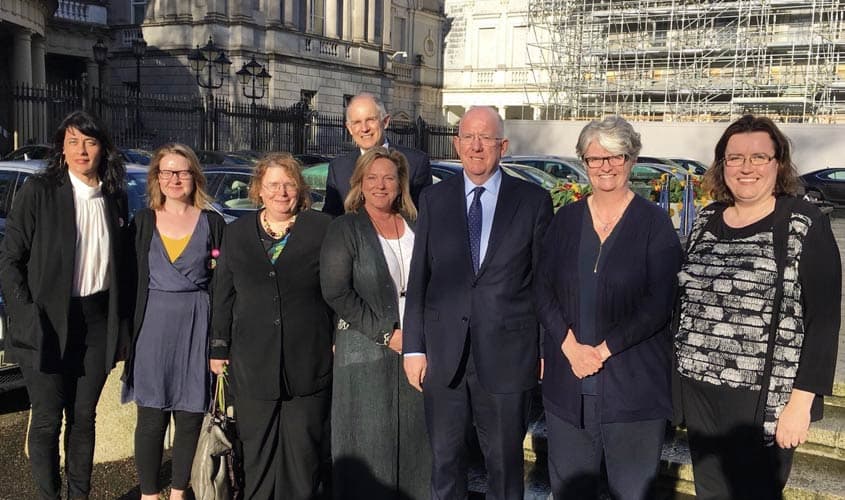 President Michael D. Higgin’s signing of the Domestic Violence Bill into law ushers in a safer future for women and children

Safe Ireland said that the signing into law of the new Domestic Violence Act by President Michael D. Higgins last night signalled the start of a safer future for women and children.

The national social change agency working to end domestic violence said that the new Act would now position Ireland as a world leader by providing a robust legislative foundation that recognises and responds to the control and inequality that is at the heart of domestic violence and abuse.

It said that it was very hopeful that the Minister for Justice Charlie Flanagan would commence the various sections of the Act as soon as possible so that the wide ranging provisions within it will be available for victims of the crime of domestic violence.

“This is ground-breaking and momentous because it means that we will have, for the first time, a robust legislative foundation that recognises and responds to the pernicious pattern of control, dominance, inequality and psychological abuse which is really at the heart of violence within the home,” said Sharon O’Halloran, CEO of Safe Ireland.

“Significantly, women can be confident that coercive control – a pattern of abusive and controlling behaviour – will be recognised as a criminal offence in this country,” she continued. “This, we have no doubt, will help save women’s lives in this country.”

Safe Ireland also said that it was extremely significant that the Act recognises that violence between intimate partners is actually an aggravating offence. This, O’Halloran said, will help eradicate the culture of the past that has minimised violence within the home as “just a domestic or an issue that is a private one only.”

The agency also welcomed the increase in access to court and the introduction of statutory guidance for court orders allowed for within the Act and said that these would ensure greater transparency and consistency for women so reliant on a functioning judicial system.

Domestic Violence Bill On the Path to Long Anticipated Enactment