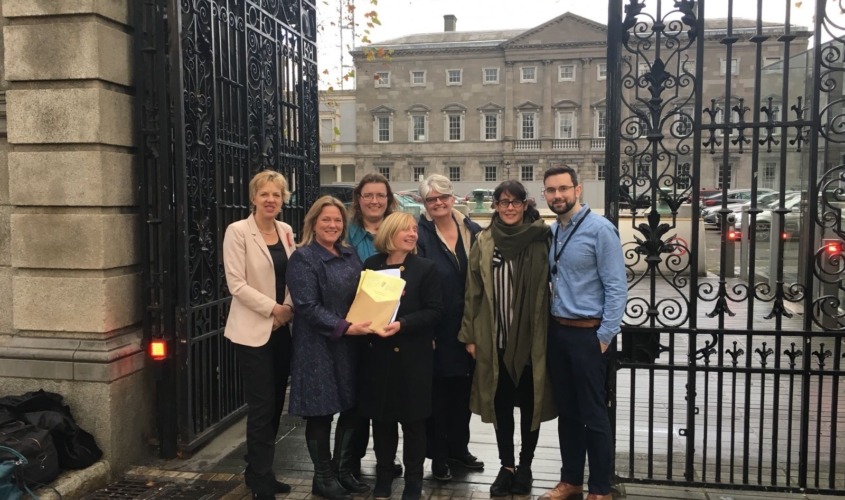 Safe Ireland welcomed amendments published by the Government to the Domestic Violence Bill 2017 as an historic breakthrough for women and children living with violence in their homes.

The Government amendments,  recognise for the first time, that coercive control is a criminal offence and, significantly, that violence within an intimate relationship should be viewed as an aggravating factor in sentencing.

A number of other amendments recommended by Safe Ireland have been incorporated also, including establishing statutory guidance for the granting of domestic violence orders. The aim of such an amendment is to increase consistency in decision making on the granting of orders.

The amendments show the Government’s understanding and recognition that violence in intimate relationships is the most serious breach of trust. If passed, we can, for the first time in this country, move on from minimising violence and abuse in the home as ‘just a domestic. These amendments instead declare that violence within an intimate relationship is the most serious breach of trust between people and is in fact more serious because of that.

Safe Ireland and other NGOs have been advocating for these amendments for over three years since the new DV legislation was first presented.

The Bill was passed by the Seanad in December and is waiting to be resumed in the Dail. Safe Ireland call on all political parties and independents to support the amendments for women and children and to work together to ensure that the Domestic Violence Bill is now passed through the Oireachtas to enactment stage as swiftly as possible.

Every Day the Domestic Violence Bill is Delayed Vital New Protections for Women...
Scroll to top