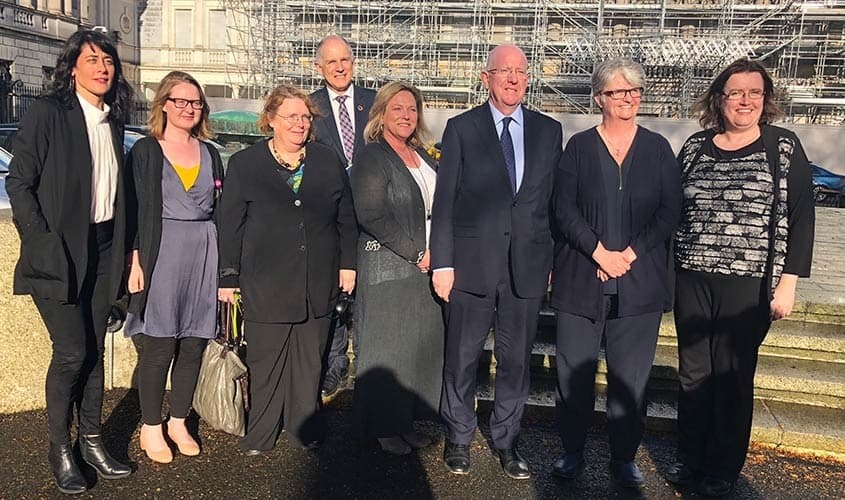 Safe Ireland, the national social change agency working to end domestic violence, this evening welcomed the Government’s commitments to delivering a new Domestic Violence Bill 2017 which, it says, is robust, visionary and cutting edge in its response to the needs of women and children needing protection and safety.

The Bill passed its final stages in Dáil Eireann this evening. Safe Ireland said that it was extremely hopeful that it could now pass through final stages in the Seanad and could be enacted into law before the beginning of the summer.

While it acknowledged that it is unrealistic to think that the new legislation would change things overnight for women and children, the agency said that it was aware that the Minister for Justice Charlie Flanagan has started to put infrastructural foundations in place already to ensure that key radical elements within the new Bill can be implemented as soon as possible.

Safe Ireland welcomed particularly the work undertaken by Government, and supported by TDs and Senators from across both houses, to secure ground-breaking new amendments that recognise the complexity of domestic violence as a crime of emotional, psychological as well as physical control.

Caitríona Gleeson, Programme and Communications Manager with Safe Ireland, highlighted amendments underpinning coercive control as an offence and recognising that violence between intimate partners is actually an aggravating offence, as examples of how the Bill responds to the reality of the experiences of women.

She also welcomed the increase in access to court and the introduction of statutory guidance for court orders allowed for within the Bill and said that these would ensure greater transparency and consistency for women so reliant on a functioning judicial system.

Every Day the Domestic Violence Bill is Delayed Vital New Protections for Women...