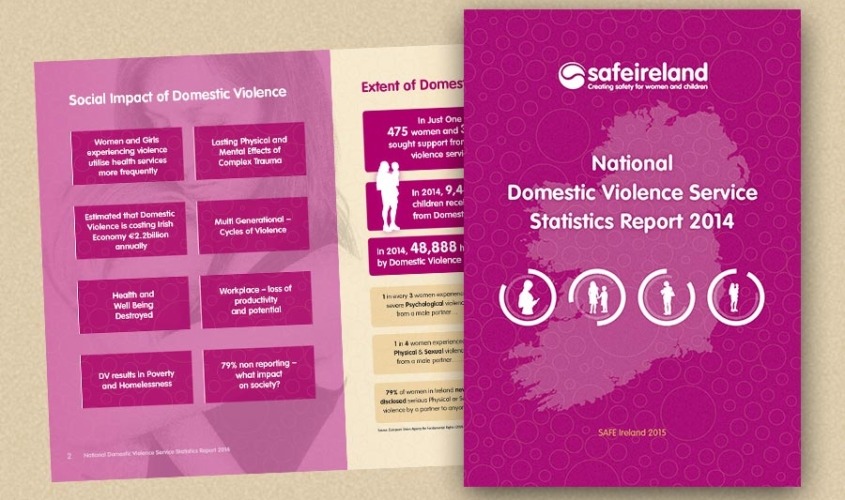 Domestic violence services across the country today revealed that they were unable to meet up to 14 requests every day from women looking for safe accommodation in 2014 – a daily average amounting to nearly 5,000 unmet requests from women over the full year.

This is the highest recording of unmet requests for vital accommodation since statistics were first compiled by SAFE Ireland in 2008. SAFE Ireland is the leading national domestic violence organisation working with 39 frontline members.

Presenting the most recent National Statistics, Sharon O’Halloran, CEO of SAFE Ireland, said that the figure of 4,831 unmet requests highlights more than any other the abject failure to face up to the reality and consequences of domestic violence and in particular the integral connection between domestic violence and homelessness. 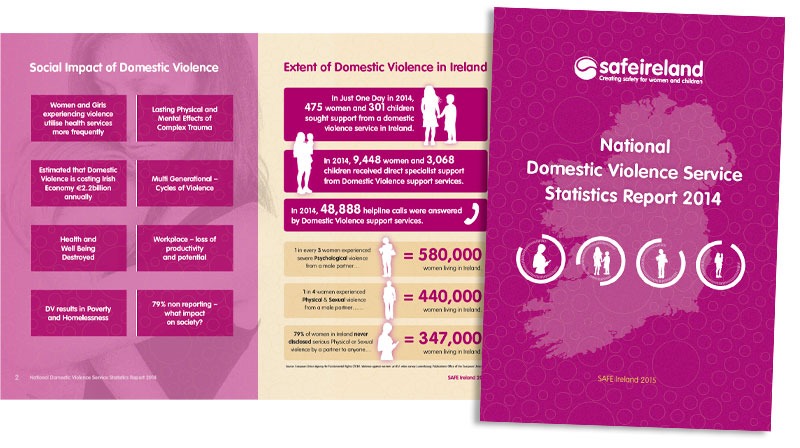 The Annual Statistics show that 9,448 women and 3,068 children – over 12,500 people in total – received direct support and/or accommodation from a domestic violence service in Ireland in 2014. Domestic violence services across the country also answered nearly 50,000 helpline support and information calls. In total, 1,658 women and 2,309 children were living in refuge in 2014. Of the children who stayed in refuge for a period of time, 899 were aged under-four, including 217 babies under one, and 422 were aged between 10 and 14.

“We hear stories about children growing up in hotel rooms. But now we are seeing children growing up in refuges – spending their formative years living in emergency accommodation,” O’Halloran said. “We have to face up to domestic violence as a mark of our humanity and as a measure of a society. Otherwise, we will continue to fail women, fail children, and fail generations.”

O’Halloran explained that the growing gap between rent allowance and rent prices, coupled with the dire lack of suitable housing stock means that most women cannot find homes to move on to live safely. Many are trapped in refuge for long periods of time, which means that there is a knock-on squeeze on emergency accommodation for other women looking for help. Many women are left with little choice but to return to their abusive homes.

“Let’s be clear, no woman was left without help and support by our member services,” O’Halloran said. “They work tirelessly to do everything they can to ensure that women are supported to find safety. But they are doing so against ever-tougher conditions and against mounting systemic barriers. Instead of being able to provide options for safety with women, our member organisations are dictated to by restrictions – by what’s not possible rather than what’s possible.”

SAFE Ireland is calling for commitment, within the first 100 Days of the next Government, to ensure that three actions become a reality for women and children.

“If the next Government commits to these three powerful actions in the first 100 days, it will be telling women and children that, finally, their government, their country and their fellow citizens are prepared to Face Up to Domestic Violence,” O’Halloran concluded.

#FaceUpToDomesticViolence – The Reality in Numbers

President Michael D. Higgins holds event for MAN UP and HeforShe at Áras an...
Scroll to top