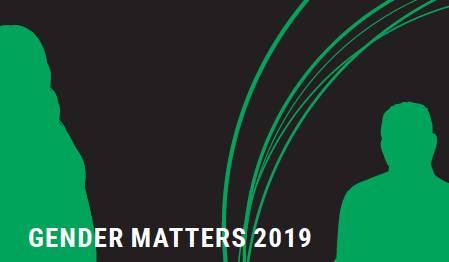 A new research project on attitudes towards gender equality and domestic abuse indicates that a significant number of people hold traditional gender-based views of the roles and responsibilities of men and women, with some of the most traditionalist views being expressed by younger people.

Gender Matter in Ireland 2019, which was carried out by Behaviour & Attitudes for Safe Ireland, also indicates that “lad culture” is very much alive and well, with younger women in particular regarding group macho or lad behaviour as a serious and often intimidating issue that they face regularly.  Safe Ireland is the national agency working to end domestic abuse and coercive control.

Caitriona Gleeson, Programme and Communications Manager with Safe Ireland, explained that they undertook this preliminary project based on international research which has led to an increasing consensus that violence against women is best understood and prevented when it is viewed through the prism of individual, group and societal attitudes towards gender equality.

The research finds that 26% of young people aged 16 to 25 think that a man should act as head of the household with one in four (25%) expressing the view that men should earn most money to support a family.  This is compared with 22% of all adults, with stronger views in the older age-group (29% and 30% respectively).

While young women acknowledge that not all young males are “lads”, they express some concern that macho behaviour may develop as the young males get older, and that there is a possibility of some becoming abusive partners.

A relatively high number of people said they believed that women are to blame for lack of respect and even abuse towards themselves.  One in seven adults (16%), increasing to one in five men (20%) express the view that women may provoke abuse against themselves.  In the focus group research, while young women regard macho or “lad culture” as a big issue, older men (all parents) generally consider it as just “natural jostling and bravado” while older women (all parents) said that young men can also be vulnerable to the way girls might dress or act.

“This research is a bit of a wake-up call to any cosy notion that Ireland’s new generation has moved beyond macho or jock culture,” she said.  “It is indicating that we need to re-think the way we are talking to our young people about respect and equality.  It also indicates that the views and actions of parents and older role-models may be reinforcing rigid views about home and societal positioning for men and women.”

“We are seeing evidence of excusing and minimising of gendered behaviour,” she continued.  “This is most concerning because we know from international research that there is a strong intersection between attitudes towards gender equality and the risk and prevalence of gender-based abuse and coercive control.  Instead we should be to be daring to imagine that we can rear a generation that lives without experiencing violence in their homes.  This has to start with the way we think about and act on gender equality in our homes and communities.”

About 1 in four people (25%) feel that domestic violence is a private matter. This is higher than previous surveys have indicated (12% in EU Fundamental Rights Agency (FRA) study on Violence Against Women 2014).  This view is even higher amongst males at either end of the age spectrum, and in Dublin, where the sentiment raises to nearly 1 in 3 people (32%).

The research highlights views on emotions and feelings across genders.

Almost two out of three people (64%) responded that women tend to respond to things emotionally while men respond to things more logically.  This was more strongly endorsed by men (67%). Even among women, there is a 2 to 1 endorsement of this perspective (61%:31%).

More men (24%) hold the view that men should not admit to having their feelings hurt.  This is highest amongst older men (31%) and is particularly prevalent in Dublin (31%).  By contrast, women, younger people and people in rural and from farming backgrounds are more likely to disagree.

Some of the most rigid attitudes towards gender equality, roles and responsibilities are held in urban areas, in particular Dublin, with less rigid views often found in the more rural regions of Connacht and the Rest of Leinster.  It also finds that the lowest levels of awareness of domestic violence are expressed in Dublin, with the most elevated awareness and understanding in the more rural regions.

In general, there is agreement that women’s position in society has improved, particularly in relation to having a career.  For females, the issue of the gender pay gap is significant while males consider this as less of an issue. Roles in the home are also seen to have changed. However, there is an indication that people feel that some jobs are just “more male” or “more female”, like mowing the lawn is a job for men, whereas caring for children is more suited to women.  This is not always seen as a bad thing – just that it’s “more about nature than gender.”

Gender Matters in Ireland 2019 combines quantitative and qualitative surveys, exploring attitudes towards the division of tasks in the home, equality in work, views on feelings and emotions, and on people’s awareness and understanding of domestic abuse and coercive control.  It is preliminary research and will form the basis for more in-depth research into the intersection between attitudes on gender and gender-based violence in Ireland.

The summary report can be accessed here.

Methodology: The research combines a literature review, a qualitative survey and quantitative research. The Safe Ireland questions were included on Behaviour & Attitudes July Barometer Survey (July 25th and 7th August 2019).  Interviewing was undertaken face-to-face and in-home among a nationally representative sample of 1,000 adults aged 16 and over.  Given the nature of questions, people were asked whether they were happy to participate.  83% consented.  The ultimate data set has not been weighted but mirrors the national population representative sample excluding the 17% who preferred not to participate.  A series of focus groups then took place in locations in the West of Ireland.

In their own words

“You are walking down the street and getting beeped at and shouted out.  On nights out and people slapping arses and getting away with it.  If you say anything then you’re the crazy one.”

“You would never hear a lad challenging another lad on the way he treats a girl I don’t know, or I have never seen it myself.  I think to hear a lad say it would be very different to a girl saying it.  If a girl was to turn around and say why did you do that, they would say calm down.  Whereas, if a guy said it, they might think

New Man Up West Campaign On Domestic Abuse Launches Across Connacht This We...
Scroll to top