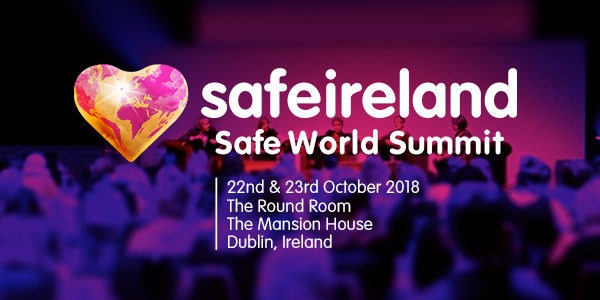 On the eve of the biggest event on gender equality and gender-based violence to take place in Europe this year, Safe Ireland said that the first fundamental step to bringing about transformative change in the way society addresses domestic and sexual violence is to believe women who report violence.

The national social change agency working to eradicate domestic violence, hosting the international Summit, was blunt in its assessment that what we are doing as a society currently to address gender-based violence is not working.

The Safe Ireland Safe World Summit is taking place in The Mansion House on Monday and Tuesday, October 22nd and 23rd.  Over 35 world leading activists, advocates, lawyers, historians, journalists, and survivors are coming to Dublin to explore the meaningful solutions that are needed to support women and children experiencing violence.

Sharon O’Halloran, CEO of Safe Ireland, said that there was a long history of silencing and ignoring women’s voices in Ireland and across the globe, and that this had to stop.  Silence, she said, is the universal condition of oppression and inequality.

“We have seen in just the last week in our courts here in Ireland that serious offences that happen within intimate partner relationships are excused and minimised, with the needs and sensitivities of the perpetrator being put before the women and children who have been the victims of horrific assault.”

“A few weeks ago in the United States we saw that the default position of dominant power structures like politics is still a resounding ‘believe the man’,” she said.  We need our leaders to stand up and say, I believe her.”

She said that the root of all violence is in the home.

“We know that not everyone is born into or lives in a safe home but we haven’t figured out how to talk about it,” O’Halloran said.  “For too many women and children the home is a place of abusive tyranny and domination.”

Safe Ireland is hosting the international Summit in Ireland because it wants to place Ireland at the centre of the world’s possibility to transform violence against women and violence in the home particularly.   It believes that with the commencement and adequate resourcing of the new Domestic Violence Act 2018, and with political leadership Ireland can be a leading global example.

The Safe World Summit starts at 9 am on Monday, October 23rd with a symbolic opening ceremony when 50 survivors and young people will bring in light to the Round Room.  The morning session will hear from Dr. Edith Eger, a 91 Auschwitz survivor; Kathleen Chada, whose two young sons were murdered by their father; Luke and Ryan Hart, whose mother and sister were murdered by their father; Davina James Hanman, an expert on coercive control, and Robert Jensen, a US based journalism professor who will talk about the end of patriarchy.

Safe Ireland Says There is An Urgent Need for Stronger Sentencing for Partner...